I want to introduce you to Cassandra and Dominick.  I had the honor of photographing these two recently and wanted to share their story with you.  Cassandra told me how her and Dominick met and I must warn you to get some tissue it will bring tears to your eyes.  Cassandra was almost 17 when she met her best friend Mat who was a chunky ball of brown fur, white paws, green eyes, and puppy breath.  He stole Cassandra's heart.  They were best friends and pretty much did everything together.  In Cassandra's words he was loyal, protective, attentive and her favorite part of the day.  The love between these two was undeniable.

More than a year had passed and one morning when Cassandra was getting ready for school she saw a voicemail on her phone.  Instead of listening to the message she called the number back.  A man's voice answered and asked her if she had a dog named Mat.  She said yes and he calmly told her he had been hit by a car.  This knight in shining armor stopped and picked her beloved Mat up and drove him to the nearest Veterinarian's office.  He told her on the phone that they would not start working on Mat until she arrived.  Cassandra and her family drove to the Veterinarians office and were put in a room.  Cassandra dropped to her knees when she saw Mat's condition.  Mat was mangled and could not walk but as soon as he saw her he recognized her perked his ears up and tried wagging his tail.  Cassandra was hurting seeing her best friend in so much pain.  She was able to visit with him a little while he was under sedation but then was asked to leave so they could operate on him.  Mat passed away a few hours later.

Cassandra said the man who had tried to save her dog wanted updates to see how he was doing and to see how Cassandra was doing up to this point the two had not met.  Cassandra called the man and told him that Mat had passed away and that she really wanted to do something for him for trying to save her friend but he refused and said that he would want someone to help his dogs if they needed it.  Cassandra ended up getting on Google and found an address for the man who helped Mat.  She made a card and printed some pictures of her and Mat for this genuinely kind person.  She ended up driving to the address with her sister.  Cassandra was expecting to meet a middle aged man but instead a very handsome Dominick had pulled up just getting home from work.  As Cassandra was getting out of her truck Dominick said "well this is mildly stalkerish....."

Mat passed away on January 23rd 2012.  Dj and Cassandra met on January 24th 2012.  They went on a few dates and have been inseparable since.  Cassandra said "God never takes away without intending to fill our life with something even better, and he does all things for the good of his people."  Cassandra misses Mat and thinks about him often but she feels blessed to have Dominick in her life.  He makes her a better person.

Dominick said that from the second he saw Cassandra he had an overwhelming sensation in his heart that he had to find out everything there was to know about this beautiful country girl. He says it was truly love at first sight. He said her smile is contagious and her laugh is unforgettable. She's quiet and shy but will also speak her mind if she needs to. She is passionate about everything she does and has a drive to always succeed. Dominick said Cassandra is a strong Christian who has brought him closer to God and made him a better man. Dominick said "She has this what I call a pummel hug where she wraps her arms around you and squeezes you tightly, I love it."

Here are some of Cassandra and Dominick's 4 legged family members. 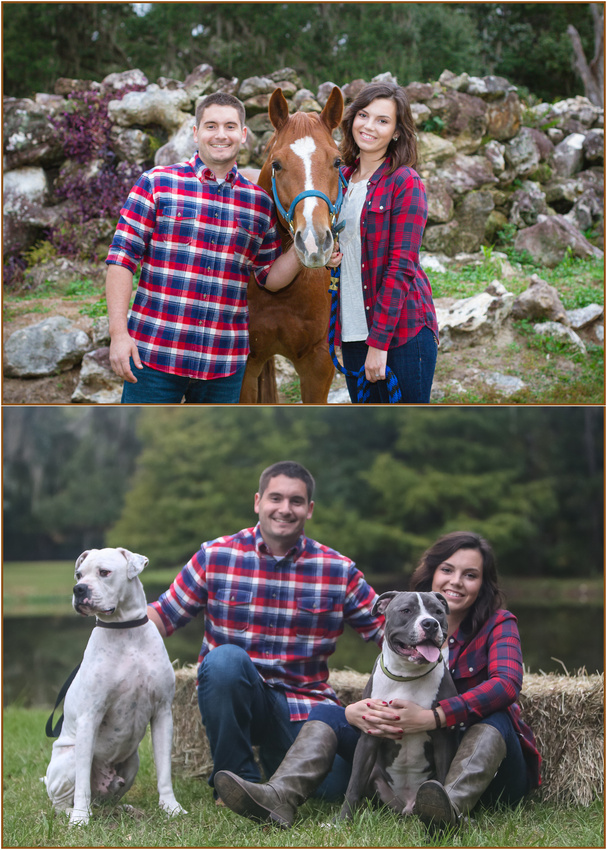 I feel very blessed that I was able to meet this beautiful couple.  Cassandra and I spoke a few times about doing a session but I had no idea how wonderful this experience was truly going to be.  She said the pictures would include her boyfriend Dj, their 2 dogs and her horse.  I was very excited because I love animals and thought this would be a really fun shoot.  I met them at a farm in Ocala, Florida on November 8th 2014 and we hit it off immediately.  We joked around while we started to take some pictures.  While Cassandra was taking care of her horse,  Dj told me he was going to propose to Cassandra.  I  was in total shock.  How lucky I am as a photographer and a person to be able to witness such an important moment in a couples life.  Dj and I found the perfect spot and while I took some photos of Cassandra by herself Dj snuck off to his truck to get the ring.  I pretended to pose Cassandra for another shot and this is what happened.  I do have to mention that Dj was shaking the entire time! 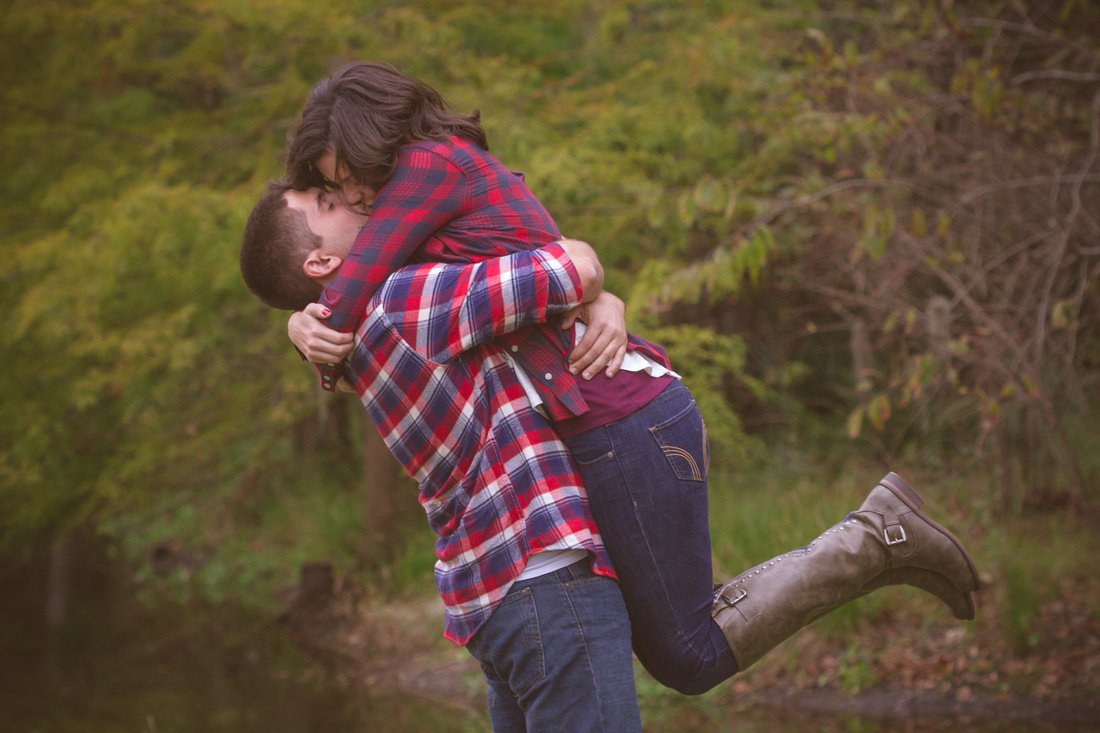 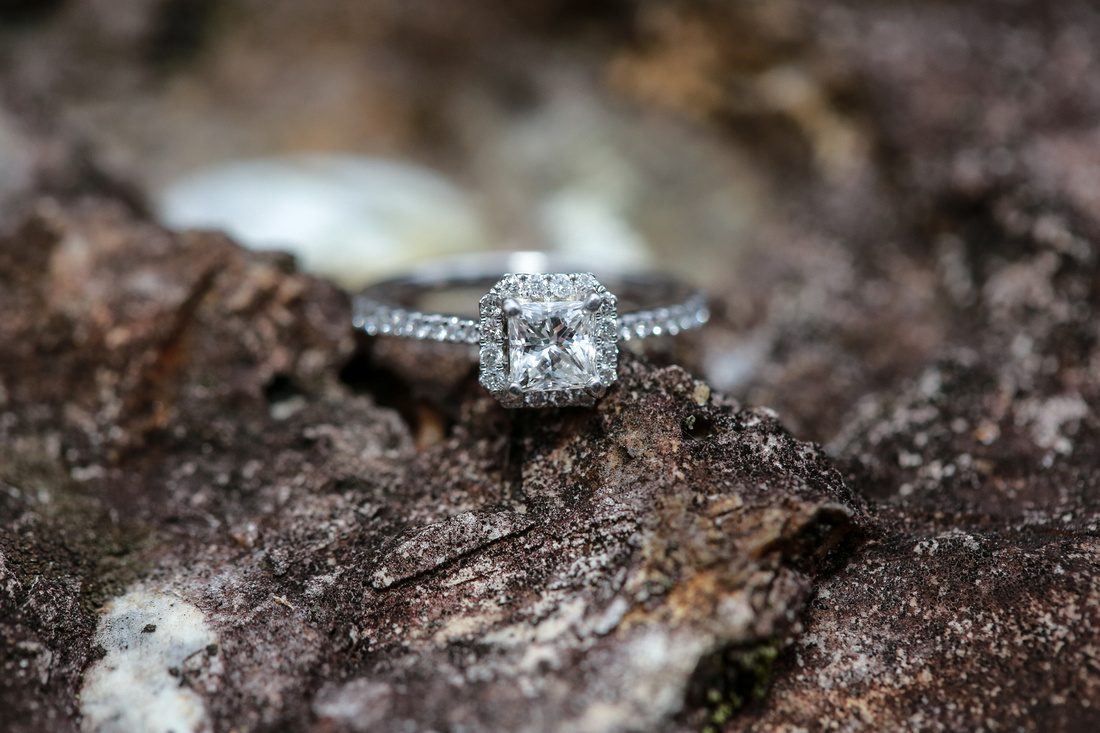 Congratulations Cassandra and Dominick.  I am a better person for having met you both.